On special this week at Amazon:  IN THE MIDNIGHT RAIN:

Ellie Connor is looking for answers when she arrives in Gideon, Texas to stay in the guest house of Internet pal Blue Reynard.  She’s researching a book about the mysterious disappearance of a woman blues singer in the 1950’s, but she’s also seeking answers to a great mystery in her own life.  When she arrives in Gideon with her dog April, she has no idea she’s about to upturn her life and the lives of many of the residents of the small east Texas town–and none more than Blue himself.

This was my first women’s fiction, a book that haunted me for months, showing up when I opened up the oven, following me around like an  annoying child, nagging me to finish it.  It had been a “Sunday book,” a book I write as an experiment on the weekends around other projects, but it finally became quite insistent that I should finish it and submit it.

It was a life-changer, this one.  I found my current agent with this material, and that was the year I started writing women’s fiction almost exclusively.  I had very powerful feedback on the book, from so many segments of society, that it has long been one of my favorites. Please take a look at this sample chapter–maybe you’ll love it, too.

From IN THE MIDNIGHT RAIN:

Turning off the computer and the lamp, Ellie slipped on a pair of thongs and headed up the hill. The house glowed with lights, and as she started out, Blue turned on an outside light that made it easier, but it was still very dark, a kind of dark she’d forgotten existed. Crickets whirred in the grass, and cicadas answered from the trees, the only sounds for miles and miles, and the air was thick and soft against her face, smelling of earth and river and sky. She inhaled it deeply, pausing to catch the moment close to herself.

Peaceful. Life was so peaceful in the country. Not the actual lives—emotions ruled people no matter where they lived, so there was always some drama or another waiting to make things chaotic—but the details were easier. She could think better without cars racing and roaring and people shouting in the apartment overhead, and even little things like televisions and radios in an unceasing undertone of constant sound. She liked smelling air, not fuel, and loved the sight of the sky overhead.

A shadow startled her, and she made a sound of surprise before Blue caught her hand. “It’s just me,” he said.

For that brief second, she let herself feel his big, strong hand, rough from his work. Impulsively, she curled her fingers around his, and said, “You have one sexy voice, Dr. Reynard.”

“Are you flirting with me, Miz Connor?”

She laughed softly. “Maybe so.”

“Good. I like that.” He walked up the path, hanging on to her. Ellie let it be. At the porch, he let her go, and gestured for her to take a chair. “I’m having bourbon, myself. What’ll be your pleasure? Other than me, of course.”

“I wouldn’t mind a bourbon, if you’ll walk me back down the hill.”

“Careful now. I might take that as an invitation.”

“You are amazingly arrogant, you know that?”

“Yes, I do. ” She heard ice clinking in a glass and the quiet flow of liquid, and he gave her a glass.

He settled on the step. “Not too many women drink straight bourbon these days.”

“But you got a little off balance today, didn’t you?”

Quietly, he said, “Yes, ma’am, that I did. Guess we both have our closets full of skeletons.”

“You think so? I don’t know. It seems like a lot of folks just get it right out of the gate. I see them in town, you know? Guys who’ve been making the right call since the day they were born, live quiet lives without a lot of turmoil, and just . . . keep it together. Never screw up their credit or forget to mow the lawn or leave a project half-done.”

Ellie sipped cold fire from her glass and listened.

“You ever notice,” he said, “that those people don’t ever seem to have big traumas, either? Like their kids never have wrecks and their houses don’t burn down. It’s like they’re protected with some big cloud of serenity”

“That’s seeing it from the outside, Blue. Nobody gets through life without sorrow and loss. It’s just part of the game.”

He turned his face toward her, and in the darkness, Ellie could see no details, but she sensed his attention. “You really believe that?”

“My grandma always says there are green seasons.” She tucked a foot up under her.

END_OF_DOCUMENT_TOKEN_TO_BE_REPLACED 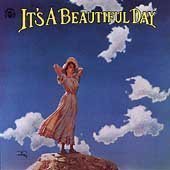 My uncle told me about this CD: Lhasa, The Living Road a couple of weeks ago.  I listened to one song and went out to find the whole CD that afternoon.  It seems to becoming the soundtrack of the MIP, very exotic and musky and dark.