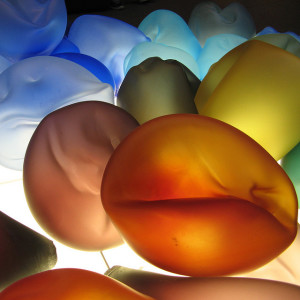 I am a fan of Gretchen Rubin, whose books on happiness and habits offer a lot of insight into how we can live the best life for ourselves. (She doesn’t get the Rebel personality, but I forgive her for that.) This morning, her Facebook post let me to this blog:

The Dangers of Typecasting

As most of you know, I made a choice a couple of years ago to explore the world of New Adult romance. I had written straight romances, contemporary and historical, in the past, but hadn’t done if for nearly ten years when I was mobbed by a new idea. By a character, Jess Donovan, age 19, poor and struggling and trying to make her way.  She awakened me one morning in mud season in Breckenridge and by the end of the day, I had mapped out the entire book.  In my world, we call that a “gift book” and foolish indeed is the writer who ignores such an offering from the gods.

However, It was a risky choice, and I knew it–women’s fiction readers don’t like to be lumped with romance readers (although many are both) and my romance readers might not want to go with me into this much younger world. To keep things branded cleanly, I knew I would have to take a pen name, and that meant starting from ground zero–not always the easiest thing for a writer with an audience gained over ten years.

That’s the visible stuff. The less visible aspect was that I didn’t know the market of New Adult that well–I read it and I loved it, but that’s different from the marketing angles. Which meant I had to take my middle aged self into groups of younger writers and ask for information. I had to be a beginner, and not mind if they thought I was irrelevant or odd or whatever for wading into these waters. It was not always easy. In the romance writing world, I have a reputation and that was something that had to be left at the door.  (It was harder when many of them had no idea who I was, frankly, but also good for me.) All ego and pride had to be abandoned.

But again–woe be to the artist who ignores a gift from the gods. Gulping down my terror, I focused instead on my excitement and settled firmly into beginner’s mind and followed the book where it wanted to go. I wrote it in a white hot heat, the fastest I’ve ever written a book, I’m pretty sure, and by October, Random was self-published under a new name, Lark O’Neal.

First of all, those young writers? So awesome. Welcomed me completely, showed me the ropes, gave me so much advice and insight. I couldn’t have done it without NAUU. At all. And that group led to others, led to others….I found a whole new community of bright, fresh, passionate writers, and that alone has been worth the price of admission. Passion is energizing to any artist.

Random continues to do quite well in the market, too. I’ve sold and given away more than 150,000 copies. It has more than 400 5-star reviews. It led to writing the Going the Distance series, which has been quite a lucrative undertaking. 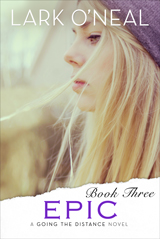 It led to writing EPIC, which I think is one of the best romances I’ve ever written, a book I absolutely adore.

There are the readers. Who write the very best letters I have ever had in my entire career. They are passionate and effusive and they are not jaded by ten thousand other books and they like my voice and my stories and they want me to keep writing them.

But the best part about all of this is what the books have done for me. Turns out there was a 19-year-old me who has been asking for a voice for a long time. I kept telling her to hush, go away, leave me alone. I had a fairly painful late adolescence and early twenties, and until I wrote this book, I didn’t realize how often I told the story of my life and left those years out completely. It was 19-year-old me who poured out that morning in Breckenridge, full of anger and fear and a wish to live a bigger life. Jess became herself, as characters do, but they’re all born of us somehow.

Turns out that young me has a lot to say. No wonder. I hadn’t let the emotions and confusion and excitement and passion of self-discovery and mistakes of that young self out to say a word in all those years between.

Turns out she has a lot to express. Turns out these books mean a lot to me.

It also turns out that something interesting is evolving in my women’s fiction. A bigger book, one that has been more challenging to birth, and has some teeth in it. I hope to have some version of it ready by the first part of the summer, and I am as eager to explore that landscape as I am to explore these. At an age when some might be slowing down, I am only gearing up more, more eager to work, more fascinated by the ways writers communicate with readers (of all ages!), more energized to keep learning and bettering my craft.

What kind of risks have you taken in your work, or in your life? Have you ever struck out for the horizon, not knowing what you would find? What happened? Share your story in the comments and I’ll choose one and I’ll send you one of my books. Your choice.

8 thoughts on “Flexibility and Growth as an Artist”