It is a late Friday afternoon in February.  My dog Jack is snoring on the floor behind me. My old cat Athena is comfortably sitting in the sunshine , peering out at the world. The kittens randomly leap on the back of the chair, up to the desk, over to the bookcase, hoping to get me to come open a can of food for them.   I am waiting for my son to call and say that we’re going to the hospital so that his wife can be induced, a call I have been waiting for–and THEY have been waiting for all day.  It was supposed to happen at 6 am. Then 9 am. Now 6 pm.

We are very, very ready for her to be here. Yesterday was long enough by itself, since we heard the news on Wednesday afternoon that Morgan probably needs to deliver.  But there were…electrical problems on the floor at the hospital. They had to postpone.  I would be lying if I said this didn’t make me anxious, but I am also a believer in things working together for good, so I’m focusing on the fact that it would have been worse for her to be in labor when the power snagged.

So presented with an entire day, what have I done?  A lot of Facebook.  A lot of texting with my sisters. I made a stab at writing new material for The Mirror Girl, but the first time was a bust, so I took a little nap.  I woke up and shot a bunch of photos with my new camera, mostly playing with depth of field on little tiny things (you may have noticed I love shooting very little things up close), made some lunch read more Facebook.

BORED.  I can’t really go to the gym because I had a stomach bug earlier this week and it kicked my butt, so I’m restricted from the gym for the week. Not even yoga. Yesterday, my dog was so slow on the final stretch that I got worried about him, so he got a bone instead of a walk today.

I finally did write some pages on The Mirror Girl (which is almost finished, at least this first book is) and did another round of deep research on childhood leukemia, which figures into the new book for Bantam.  I sent out some emails for The Garden of Happy Endings and made a list of things to do for the release, April 17.  (I will be at several events through April and May, so be sure to check back.)

(And by the way, if you’re collecting the old titles, two more have gone up, Light of Day and A Minute to Smile.  Check out the covers–aren’t they pretty??)

But really, all I’m doing is waiting for Amara.

Here is one of the photos I shot.  I love old silver and tiny spoons and salt cellars in particular.  Have you ever had one? 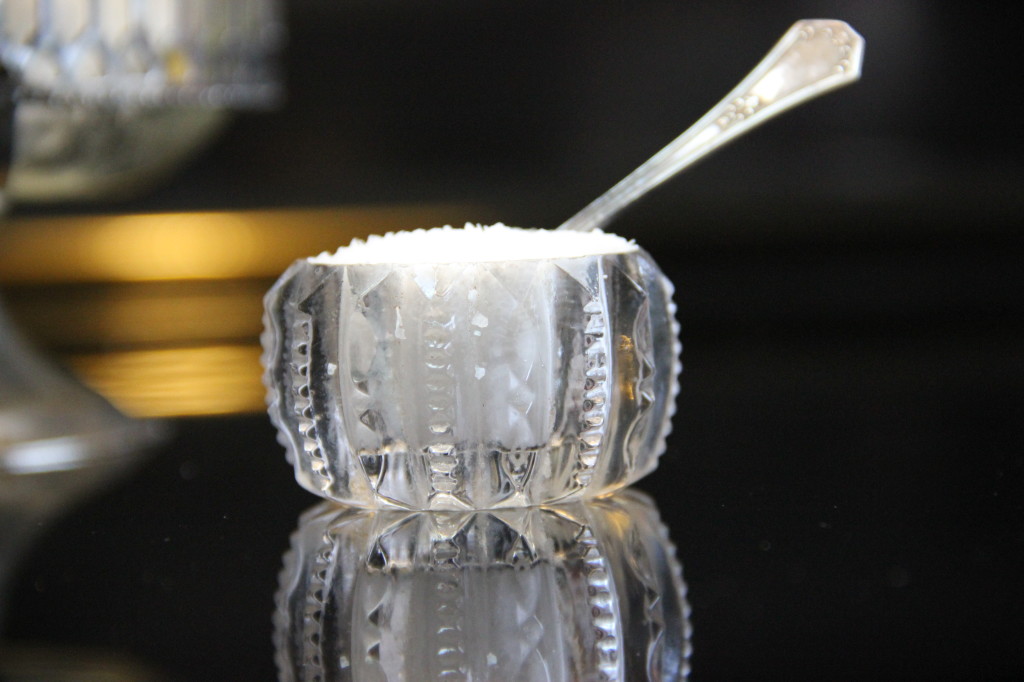 What do you do when all you’re really doing is waiting?