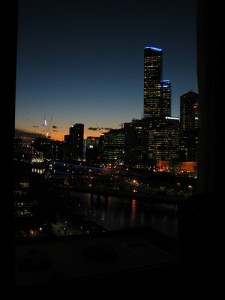 Might be a bit too jetlagged to blog properly, but here is a photo for you.

And another photo, the first foodie pic: 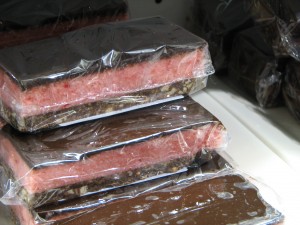 I’m not sure what it is, but pretty, no?

Thanks to mixup in electronic ticketing, I was bumped from my original LAX to Sydney flight.  (Actually, they simply said, ‘you don’t have a ticket. You can’t board.’) Much panic ensued.  It was their mistake, not mine, but it did end up being me who had to do the rushing around the LA airport to get reticketed.  At eleven pm, when 983 flights to the East were boarding.

All’s well that ends well–I landed on a direct flight to Melbourne in a back row with plenty of room to sleep.